Smart phones are getting smarter, but is your marketing? 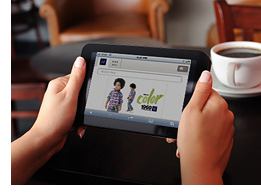 Smart phones are getting smarter, but is your marketing?

The mobile war is heating up as platform developers such as Google, Apple, and Microsoft continue to push the boundaries of what is possible on handheld devices.

As the mobile world evolves, communicators need to as well. Businesses need to start thinking about how well they are reaching the mobile audience.

Nearly half of Americans surf the Web on their smartphones these days. That is great news for businesses with strong Web presence. And as smartphones continue to get smarter, they will be better and better at surfing the Web.

However, phones are limited by the size of their screens. That means that a standard website just isn’t that easy to read or navigate on mobile phones, which is why so many websites are developing mobile versions of their content.

What are mobile websites?
Mobile websites are specifically designed to be easy to use on phones and other mobile devices. They are simplified versions of websites that are formatted to load quickly and display better on mobile phones.

Take the New York Times as an example. The full version of the website looks great on a regular computer. Videos and images dominate much of the front page, surrounded by headlines and links to other sections.

But on a mobile phone, navigation is cumbersome. And videos and large images don’t work well on most phones. Fortunately, the Times offers a mobile version of its website. On the mobile version, there are no separate columns, and the few images are much smaller. On a mobile phone, this design is much easier to use and loads much quicker than trying to wade through the full version of the website.

Other options to hit mobile users
It probably won’t surprise you to hear that a huge number of mobile Web surfers use their devices for social networking. After all, mobile phones and social media are two of the biggest diversions from work Web 2.0 era.

If you don’t believe me, just consider that Facebook is the most downloaded iPhone app, ever!

So are you leveraging your social media? If you aren’t, there is a good chance you are missing out on a lot of mobile users!

Some businesses have started teaming up with smartphone apps like Foursquare, which encourages mobile users to “check in” using their phones when visiting a business. Those businesses sometimes offer incentives such as specials or discounts to customers who check in. Not only does this give customers a reason to come in, but it can be quite fun and competitive as customers compete to be the most frequent patrons.

The point to all this is that we have to start thinking about the way our customers are using their gadgets and how we, as businesses owners, are staying on top of new technology and reaching people in new and creative ways. It’s just one of the many tactics you need to consider to stand apart from competitors.

The Web is not just for techies anymore. It’s for everyone, and it’s time to start taking advantage of it!