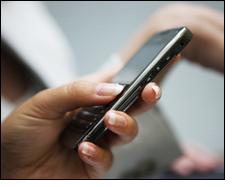 We all know that social media has two applicable venues to business people – fun and business. Using Twitter for casual play is simple: pretty much do what strikes your fancy. When using this crafty instrument as a mechanism for your business, the 140 characters take on heavy weight.

Each word and each space cannot be wasted on a single unnecessary stroke. Finding precise value for every character takes on significant importance when designing your daily say. Knowing how to write accordingly becomes clearer to the individual using Twitter for business success.
Know what to tweet.

Anyone new to Twitter can easily make the assumption that 140 characters means simple. Quite truthfully, utilizing Twitter can be more complex for your business than one might think. So, what does one say?

Say what you mean and mean what you say!
If your tweets are random spits of meaningless verbiage, then you’re lost from the start. Oh, they may mean something to the person who typed it, but do they mean anything for the reader?

Simply posting links and telling people to following your business is boring and generally meaningless to those snooping around. Engaging followers with reasons of interest becomes the valuable lesson for any Twitter user. Readers want to know why they should follow your tweets – what interest does this hold for them?

Ever read a Facebook stream of someone who speaks of nothing other than themselves? I mean, really? Who wants to read about such stuff? It’s like the times when you are trying to have a conversation with someone who doesn’t even seem to notice you’re there – me, me, me.

People like to know they are noticed. Engaging readers as part of your tweets becomes another important aspect to successful tweeting. Knowing how to do this properly can at times be trial and error by taking notice of when readers follow the particular tweets you post.

Understanding how to keep an even flow for your subject is a matter of paying attention to which tweets get retweeted, and which seem to quietly sit still. Keeping an eye on your site means more than constant tweeting. Being a part of the action is important and takes times to learning what followers find interesting. Simply throwing up tweets all over the place is not the solution. Too much too soon can be not only confusing, but annoying.

One of the biggest mistakes those new to Twitter often make is not keeping the site alive and active. Having your tweets come in in bursts and then nothing at all for a while is never good. Once a follower has shown interest, not coming around for any length of time can send them elsewhere. Consistent even flow is golden.

Social media continues to change the way we communicate with each other. It’s how we get our information. The important take away is that you should be looking at social media and strategizing about how you can leverage the media to your advantage.