It’s all about exposure! 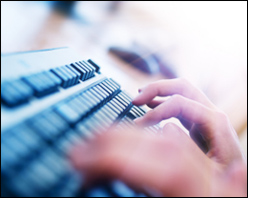 It’s all about exposure!

When social media first began there was a sort of virtual division between those who used it and those who did not. It didn’t take long for the business-minded to realize the potential for these communities to reach far more consumers/readers than any traditional marketing tool could ever touch. Exposure is one of the fundamentals to not only gaining business but its ongoing lifeline.

As business owners, or those responsible for the marketing of a business, we are faced with traditional marketing versus today’s social media bull horn. I use “bull horn” not for its volume as much as its attention gathering quality.

Take the traditional billboard, for example. One might pay for three billboards here in the Dallas-Fort Worth area; one on I-20, one on I-30 and the third located on 360. Our advertising for your brand is now dependent on individuals who travel those particular highways at those particular spots of the city. Limiting our exposure even further, one must consider that the vehicles driving past these locations are even paying attention.

Another limitation is taking into account that of those left viewing the three billboards at those particular spots are but a minute few who would even be searching for your brand. That leaves but a fraction of billboard viewers to be calculated in one’s ROI (return on investment).

Now look at it from the marketing tools available today. Having Internet marketing to utilize social media as the metaphorical bull horn, so to speak, is like visualizing landing your brand on every main highway in every city of every country and state with internet access.

This only multiplies when noting that having this direct highway access to the product/business is then streamlined with those directly seeking videos on environmentalism. One other advantageous asset is to know that your exposure is granted at the individual’s right to immediate access of information – not dependent on rush hour traffic.

Let me give another example of how exposure works when I mention Paris Hilton. When those surveyed are asked what they think about Paris Hilton, many might respond with something along the line of, “I don’t care” or, “I’m not really interested”. But, the fact that they still know who she is whether they wanted to or not is one of media’s prime examples of exposure.

Place your brand in this same scenario where exposure may lead to an interest in environmental movies now that the contact has been made, even when one was not setting out to directly seek such movies.

Once exposure has been made there are many steps to bringing in your contacts without losing their initial interest. But, that is for another blog. What I am saying here is that without getting exposure there’s really not much you can do to market your business if no one knows who you are.

So, taking time to gain exposure for your business takes consistency. Finding the time for daily contact with the outside world is of value. Allow yourself to be known!