Have you upgraded your LinkedIn mobile app? 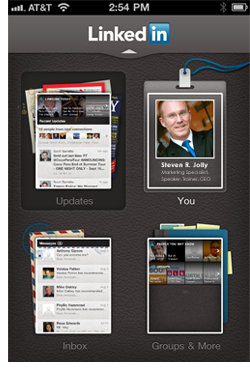 Have you upgraded your LinkedIn mobile app?

Earlier this week, LinkedIn released a new version of their mobile application on both iOS and Android devices. Unlike previous versions of LinkedIn’s mobile app, version 4.0 features a brand new slick interface, improved speed, and improved access to features such as LinkedIn Groups.

For those of you who are like me and are avid LinkedIn users, this new upgrade makes connecting with prospects and business professionals a lot easier while on-the-go. Whether you’re waiting for your next flight, standing in a long line, or simply away from your computer, version 4.0 is well worth the extra minute or two it’ll take to upgrade on your mobile device.

LinkedIn also took some time and rolled out a revamped mobile site (touch.linkedin.com). Leveraging the latest in HTML 5 technology, the new mobile site provides the same look and feel as their apps on both the Apple and Google platforms.

I’ve spent some time this morning playing with the new app on my iPhone and I have to say that I like it… a lot. It’s fresh and fun interface makes networking and keeping up with colleagues and prospects much more fun when I’m traveling.

Today, LinkedIn is viewed as the most renowned professional social networking website. CEOs of Fortune 500 companies have their profiles on LinkedIn. Membership spans more than 170 countries and 65 million people. To give depth to the numbers, consider this: A LinkedIn profile is created every two seconds, which is comparative to the number of people dying from cardiovascular disease.

If you haven’t already, try out the new LinkedIn mobile site or app and leave a comment below to let me know what you think about the improvements.