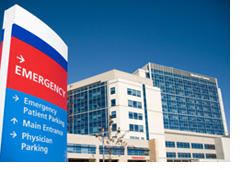 In this week’s copy of Advertising Age there was a front-page article titled “Healthcare reform stokes spending by top hospitals, clinics”. Written by Rich Thomaselli, the article focused on “the new front in medical marketing” and the healthcare reform that will be sweeping the nation just as soon as the government can shoot it out the door.

According to Thomaselli, when the healthcare reform happens, “Hospitals jockeying to position themselves for growth amid a perfect storm of aging baby boomers and a healthcare-reform bill that will result in millions more insured patients down the road.”

What does this mean for rural and small community hospitals and clinics? Well, turns out even the biggest and boldest amongst brands like The Mayo Clinic, John Hopkins, Memorial Sloan-Kettering and Massachusetts General Hospital are ramping up with a “combination of co-branding, partnerships and an increased presence in social media.”

According to Ned Russell, the managing director of Saatchi & Saatchi Wellness, “The healthcare business is developing its own destination segment.”

How can the small regional hospitals and clinics get in on this? By playing ball the same way the big boys do. Social media is an increasingly used tool when customers are searching for the right brand for them, or brands are looking into what customers are trying to find and adjusting for that.

Sarasota Memorial Hospital live tweeted a kidney surgery and sent and received more than 1,900 tweets throughout the procedure alone. That’s a lot of social media noise and I bet more than just the 1,900 were listening in. There has been a 120 percent increase in Twitter accounts and a 36 percent increase in YouTube channels from May of 2009 to present.

Thomaselli also says, “Social media makes sense for the category considering that potential patients are more empowered than ever to take charge of their treatment by using the web.” It was also noted that Twitter is an “informational tool” for the future.

Many consider it too early to be rushing out marketing campaigns considering that healthcare reform won’t even go into place until 2014, but many think that they are just taking initiative and want to be part of the conversation with the customers now to gain market share today.

The question now is not if you should be thinking about how to revise your integrated marketing communications strategy, but when.